Borg acknowledges the Traditional Owners of the lands across Australia as the continuing custodians of Country and Culture.


We pay our respect to First Nations peoples and their Elders, past and present. We acknowledge and celebrate the inherent strengths of Aboriginal and Torres Strait Islander peoples and communities. We thank the many Aboriginal and Torres Strait Islander communities, organisations and individuals that have guided us through our reconciliation journey. 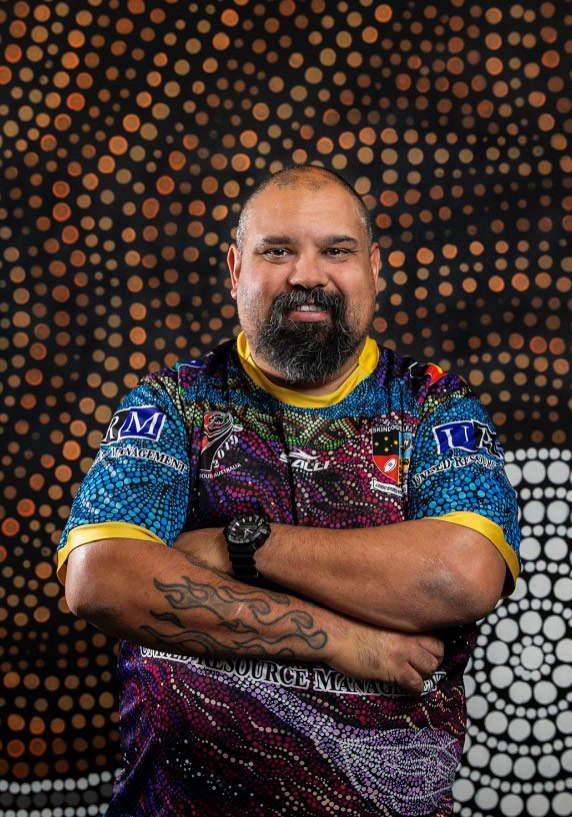 Garry Purchase is a proud Aboriginal man of Dharawal, Bidjigal and Dhungutti descent. He grew up in Sydney’s Eastern suburbs in Botany and was raised amongst the Aboriginal community of La Perouse.

Garry is a member of the Timbery family of which there are many famous members. He is the Great-Great-Great-Great Grandson of Timbery (Or Timberé), leader of the Dharawal people and was bestowed the title “King Of The Five Islands” by Governor Lachlan Macquarie. Garry is also the Great-Great Grandson of Queen Emma Timbery and is a cousin of Esme Timbery who are both internationally renowned for their artistic shell-work. His great uncle is Joe Timbery, world champion boomerang thrower who also presented one to Queen Elizabeth II in 1954. Garry has always had a creative passion and was a musician for various years, playing drums in Sydney rock bands. He played hundreds of shows in the 90’s and 2000’s on the Sydney scene. Artistically, he first started painting after he moved to the Central Coast with his wife and three sons in 2013.

His works have attracted a lot of attention and have also earned Garry awards. He took out the major first prize Tony Donovan Award at Reconciliation Exhibition at Gosford Regional Gallery in both 2014 and 2016 with “One Nation” and “Under The Southern Cross” respectively. His painting “The Journey” won both the Aboriginal Health award and the People’s Choice award at Mental Health Art Works! 2014 along with winning the Aboriginal Health award again in 2016 with “Missing Pieces” and in 2017 with his piece “Tribal Blood”.

His style is a more modern take on traditional Aboriginal art, steering away from the common dreamtime stories and focusing on his own personal journey, experiences and social issues that pushes a lot of creative boundaries as he stretches the limits of what Aboriginal art can be.